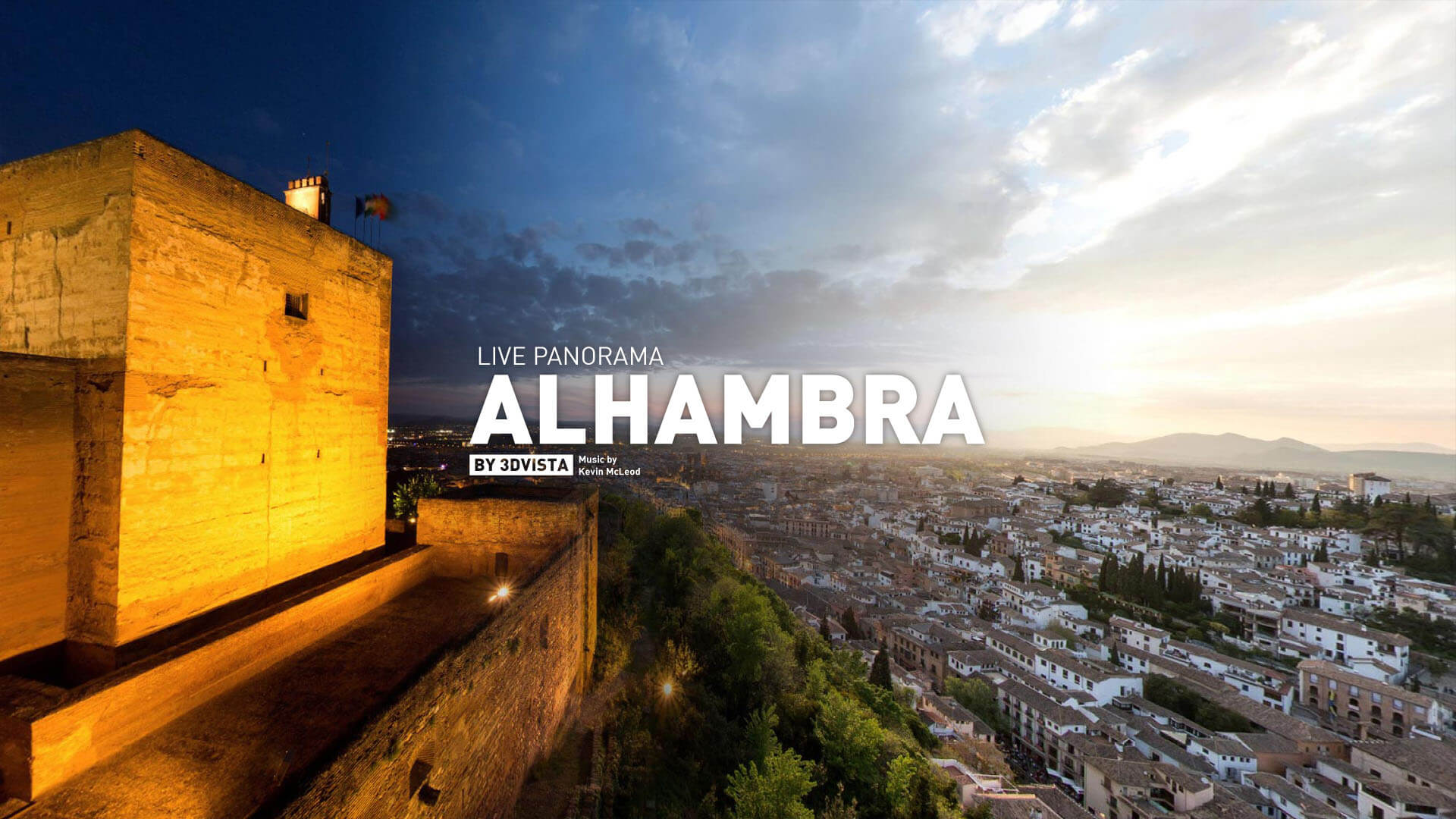 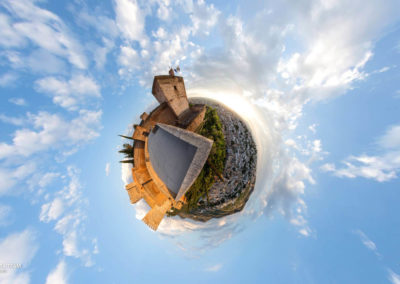 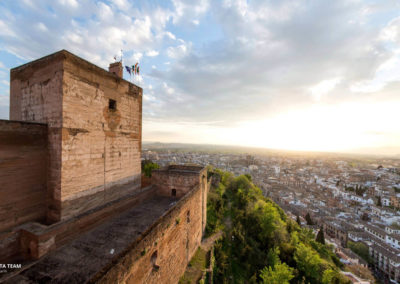 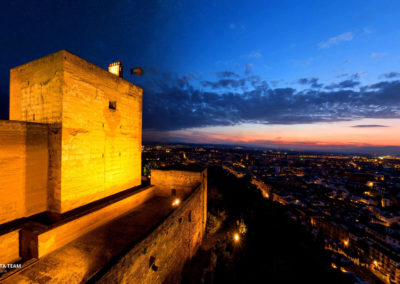 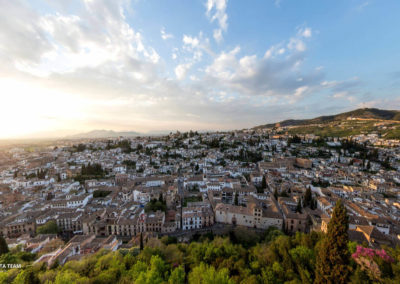 A new and unique 3DVista technology, this is a dynamic panorama composed of various panoramas taken at different times and thus shows a scenery over the course of time. Great tool to show changes of light and atmosphere.

This tour places you on top of the walls of one of the most impressive monumental and architectural works in the world. The "Alhambra" of Granada (Spain), a set of palaces, gardens and fortresses built during the Nasrid period and splendidly preserved to this day. The advantageous situation in which the tour places us, allows us to see a spectacular panoramic view of both the monument and the city. Thus, in the foreground we can see the "Torre de la Vela" one of the most emblematic buildings of the complex, along with many other walls and towers. Towards the other side, we have an extensive panoramic view of the city, being able to distinguish some of the most picturesque neighborhoods such as Albaycín and Sacromonte, with their old houses and "Cármenes", as well as numerous churches and convents that stand out in the distance. And further down, the city center, where the Cathedral and some important buildings stand out, as well as some viewpoints and distant mountains at the bottom of the city.

The advanced "Livepanorama" technology allows us to contemplate all this, while the transition from daylight to night alters the lights and shadows on everything we see. Being able to observe everything in minute detail during the day, or being fascinated by the beauty of the buildings and monuments bathed in warm light at night.

This tour consists of only two panoramas taken at different times and included in the program as a livepanorama. The shots were taken by the magnificent photographer Pepe Marín, with a DSLR camera and a fisheye lens. Then they were stitched with 3DVista Stitcher and later retouched and adjusted in photoshop for a better fit between them. The quality of the image, together with our "multi-resolution" viewer, then allows us to zoom in on the panorama at a high level and to be able to get closer and see in detail even the most distant buildings.

The tour begins with a "little planet" effect and epic music to make it more spectacular. And it can be switched to VR mode to be able to enjoy the experience in a more immersive way with virtual reality glasses or simple cardboard and your mobile.

In short, a virtual, different and striking form of tourism to be able to view monuments or panoramic views in the most spectacular way. 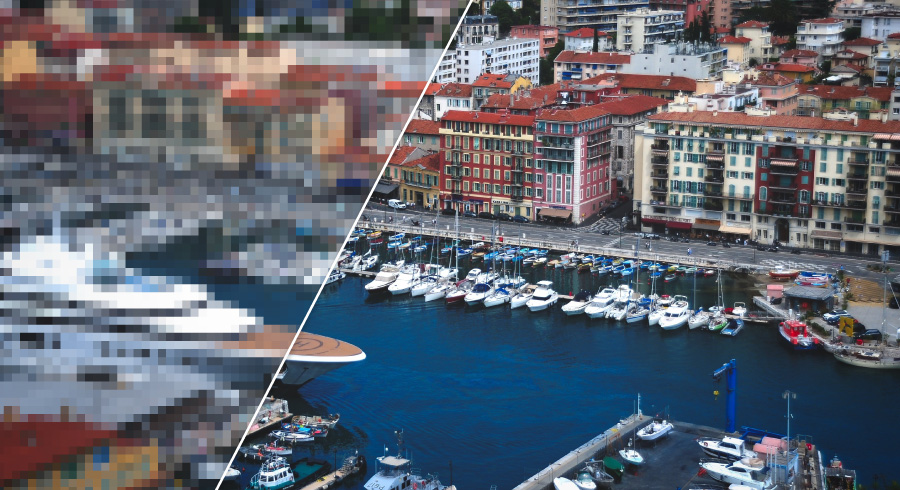 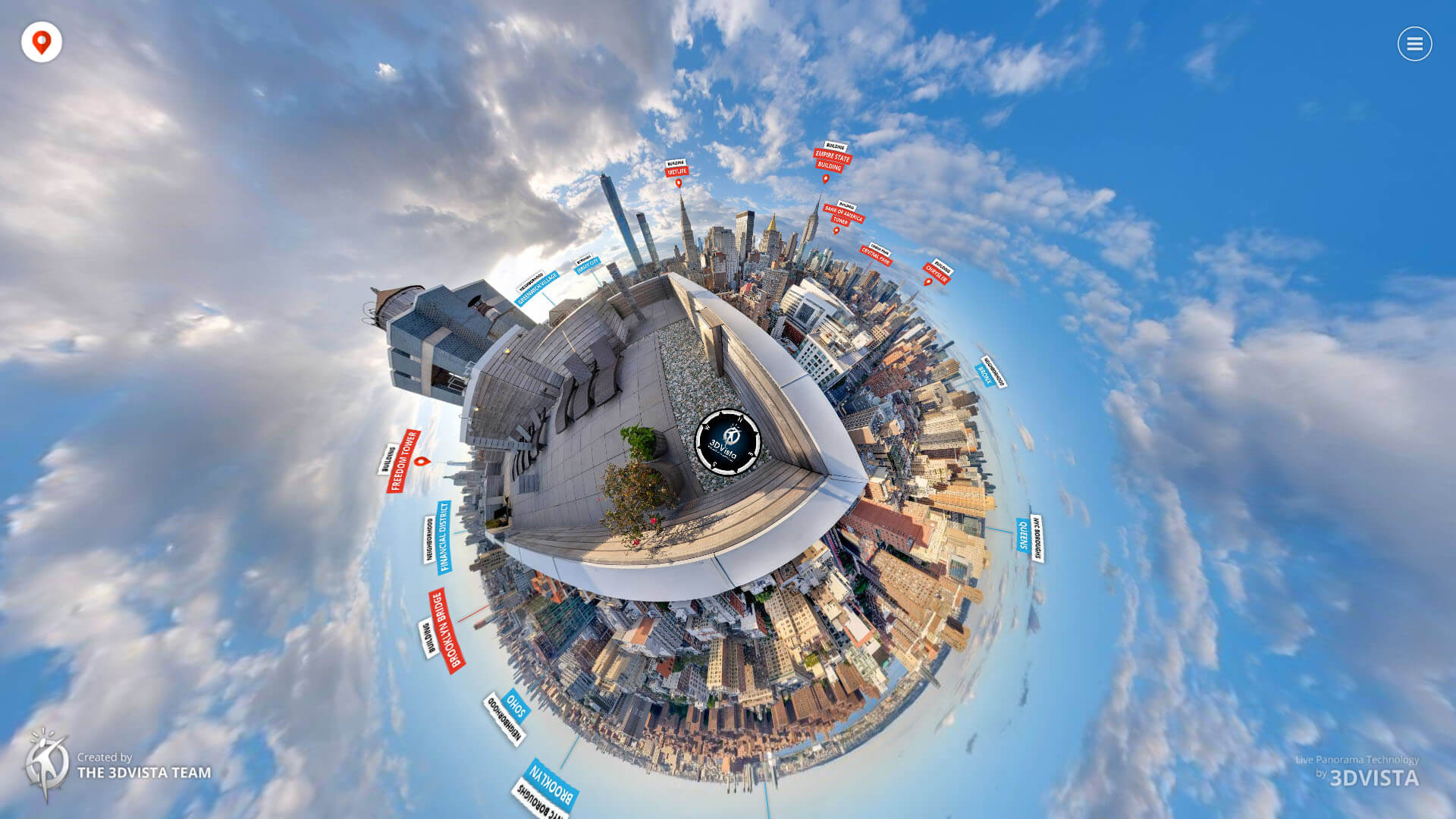