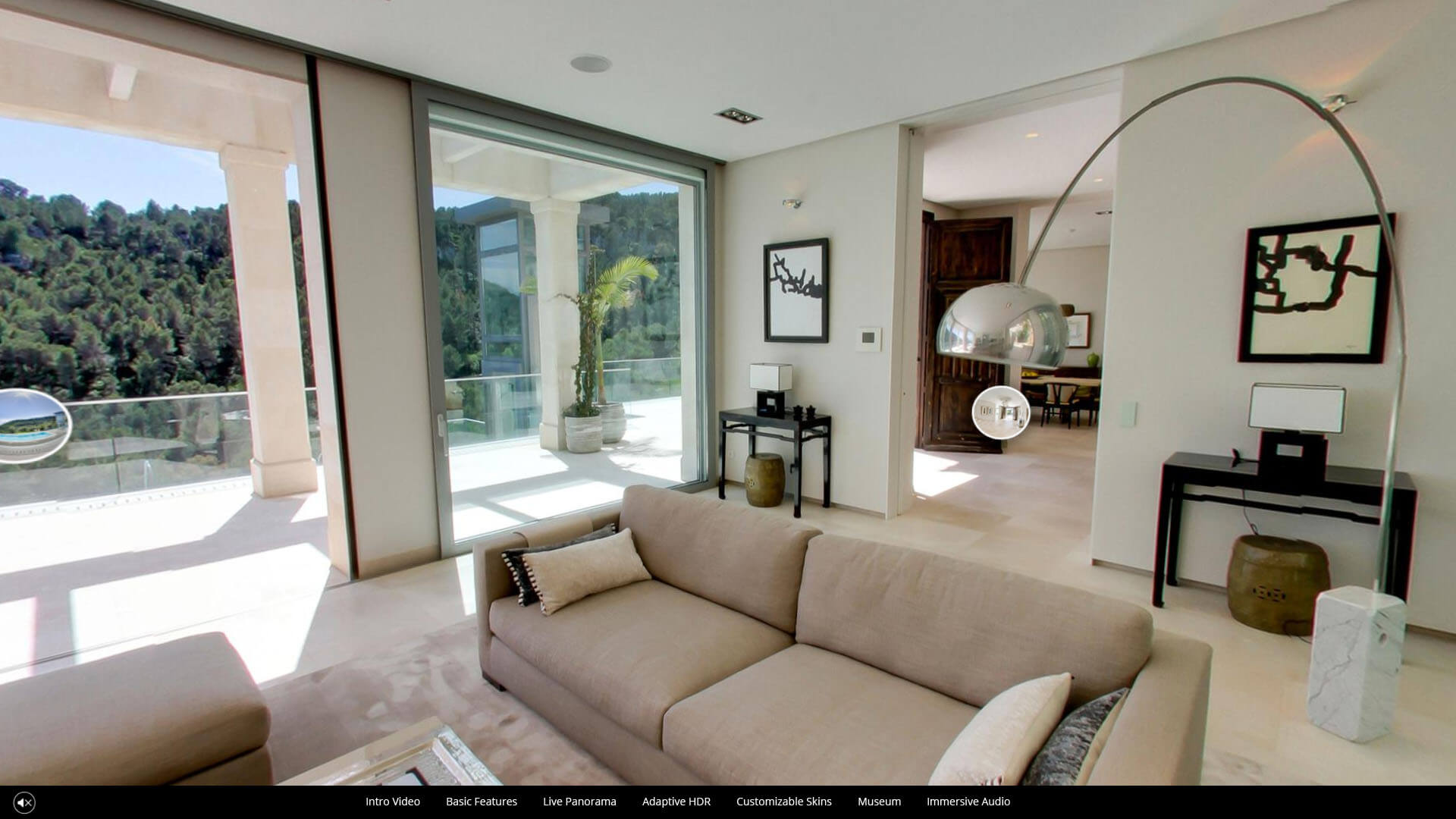 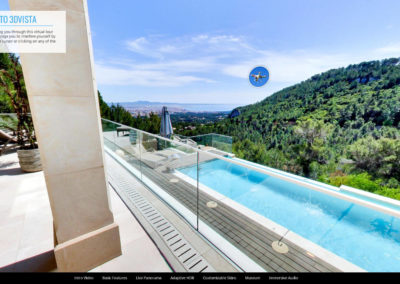 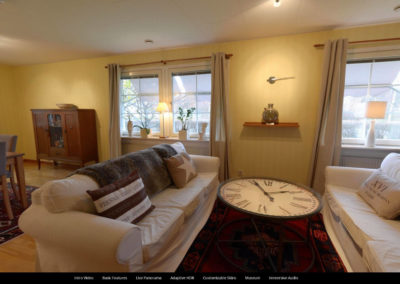 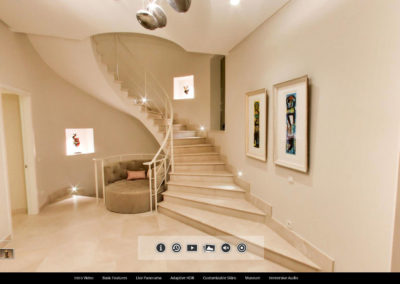 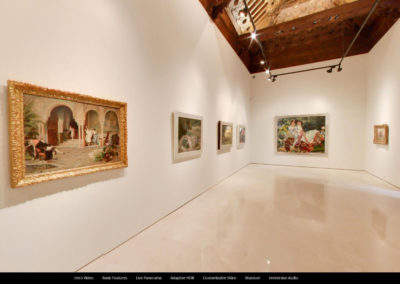 Sit back and let this guided virtual tour take you through the villa, showing you the main features of 3DVista Virtual Tour PRO.

A tour with which you can access through the lower button to different "mini tours" where some of the main features of the program are exemplified. All of them are explained with an audio locution, while the route through them has been automated with the use of the "Automatic Pilot". A different way of viewing our tours, in which the user only has to be carried away by the previously pre-established route, without touching anything, as if it were a movie. But with the advantage that the user can take action at any time and take control of the tour to handle it at will. The autopilot will reactivate after a few seconds without interaction.

This option is ideal for starting tours making sure that the inexperienced user will see what interests us the most, although later they can make use of the interactivity that the tours allow. It is also very useful for fairs and congresses in which it is necessary to show a tour automatically, without our presence, and although visitors interact with it and modify the route, it will automatically return to its original route.

Regarding the content, we have different well-differentiated sections, each one explaining different functions:

All the panoramas in the example were taken with a Canon 7D DSLR camera and fisheye lens. The photos were then stitched together using the 3DVista Stitcher to create the final panoramas. 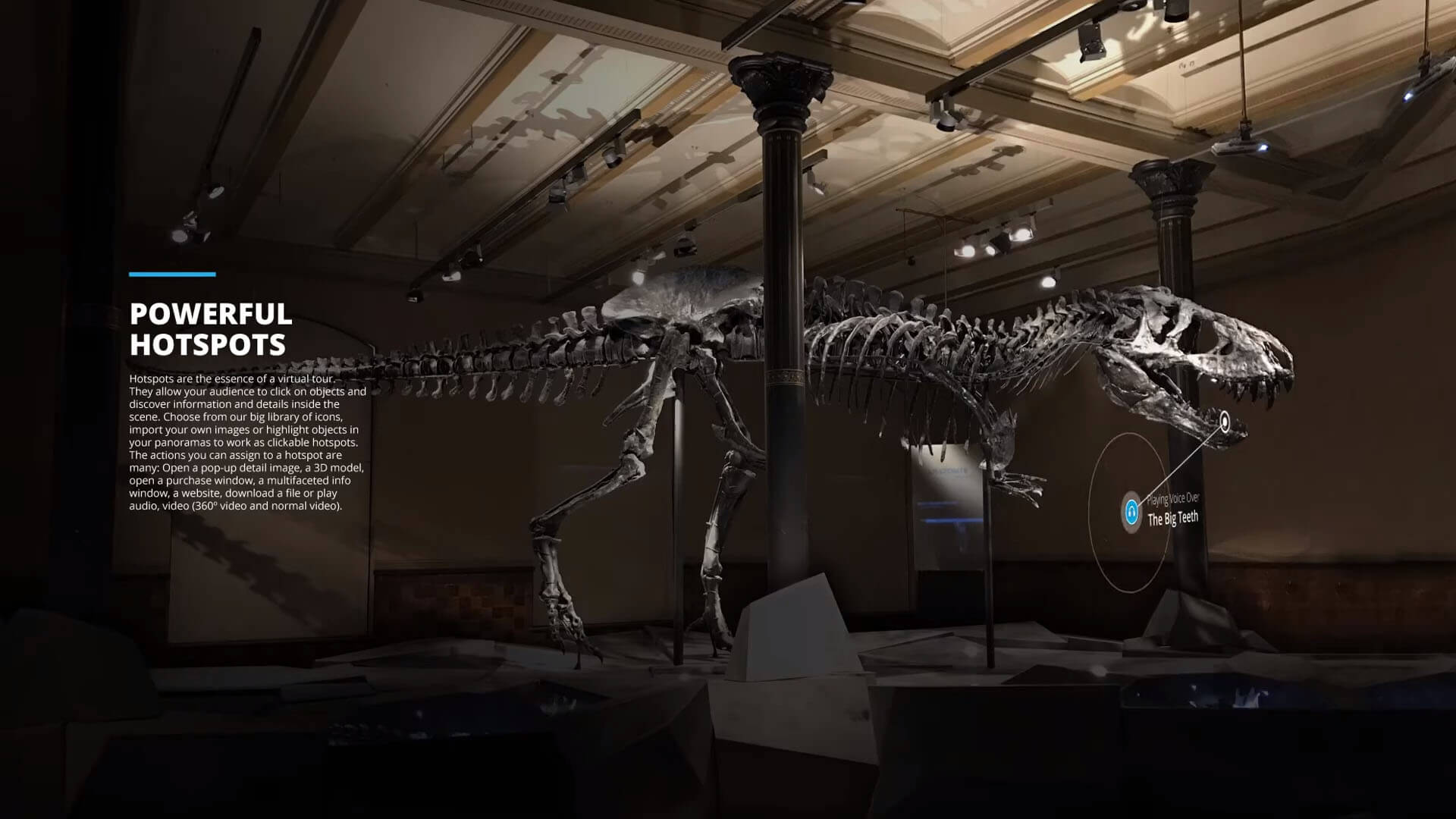 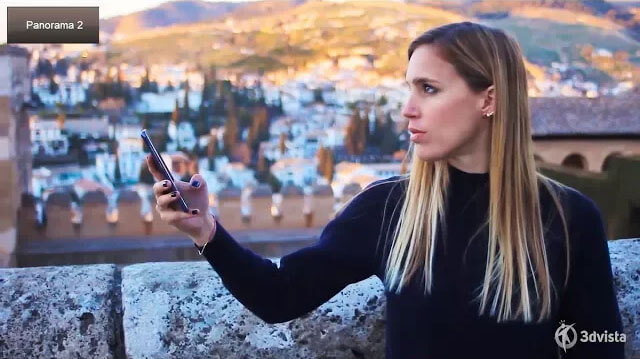 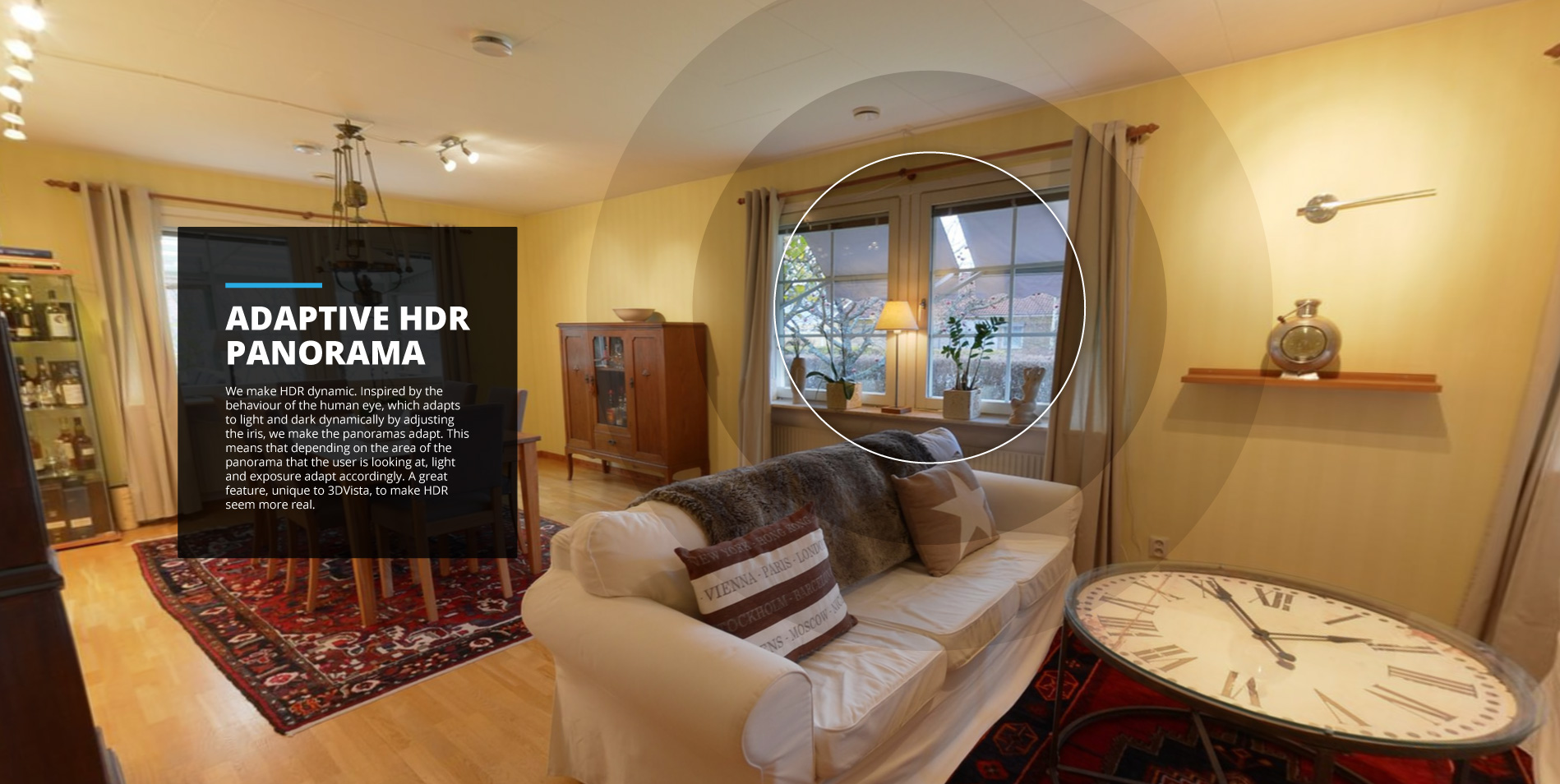