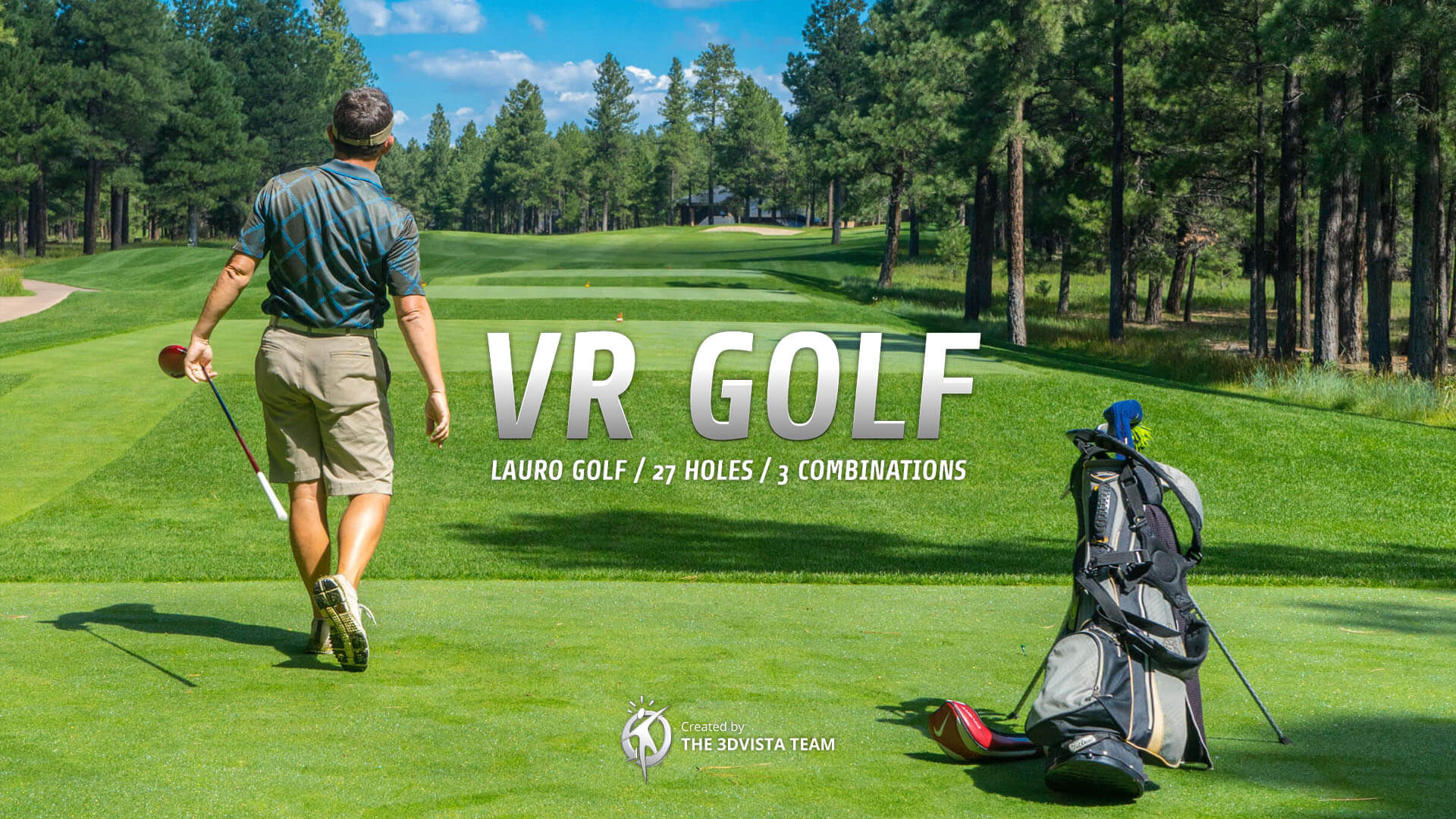 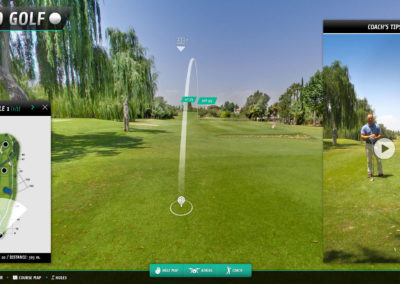 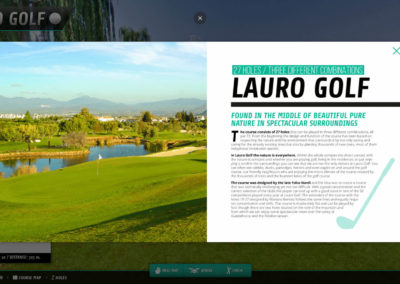 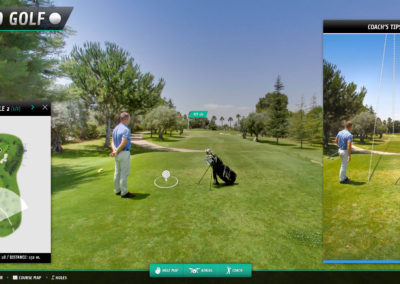 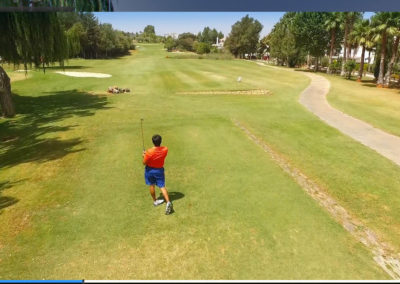 Take a virtual tour of this gorgeous Golf course. See it from every possible perspective and angle. Our instructor will assist you at anytime and our Aerial videos will give you an enormous advantage when facing every shot.

An example of a Virtual Tour applied to the sports environment, where on the one hand, the spectator can be placed on the ground and take a virtual tour of all its holes, see distances, slopes, etc … and on the other hand, the possibility of have a virtual instructor who explains each ideal shot in each area, with detailed videos, infographics, aerial shots, etc.

A more complete way to enjoy this sport and an extra differentiating and high-value service from the club.

The possibility of downloading the tour on your mobile or tablet to view it offline even allows you to use the tour as a complement in the field itself, as a game assistance app.

The totally personalized skin of this tour, has certain references to the video games of the sector and allows the user to have a first contact with the field. Almost as if you were already playing on it. The floating windows add a very valuable extra layer of information, which allow a much more complete vision of the field, and of how to face each blow. All of them are built manually with the elements of the skin editor and its configuration allows displaying different content inside depending on the panorama that we have open at all times. In this sense, it is worth highlighting the dynamic use of the floorplan, which changes depending on the hole we are in, or the instructor's videos, specific for each shot.

The adaptation to the mobile version of the skin was a little challenge, given the amount of elements that can be shown on the screen. But thanks to the versatility of the skin editor it was possible to create a quite different version, but preserving all the elements and maintaining their visual appearance. The result is a completely adapted interface design, which more than a web can seem like an app specifically built for mobiles.

The panoramas also have added layers of information in the form of hotspots. They show where the ball would be at the beginning, where the next shots would be, distance to the hole, and even a simulation of what the ideal stroke trajectory would be like.

The initial loading is also a good example of how to present an eye-catching video with which to entertain the viewer while the Tour is loading in the background.

The panoramas were taken in a classic way with a Canon 7D and fisheye lens. The instructor's videos were recorded with the same camera. And a drone was also used for aerial shots.

Most of the skin design elements were created with external software such as photoshop and illustrator, exported and later included in the VTPro skin editor.

In short, an example of how to get the most out of a virtual tour in sports. 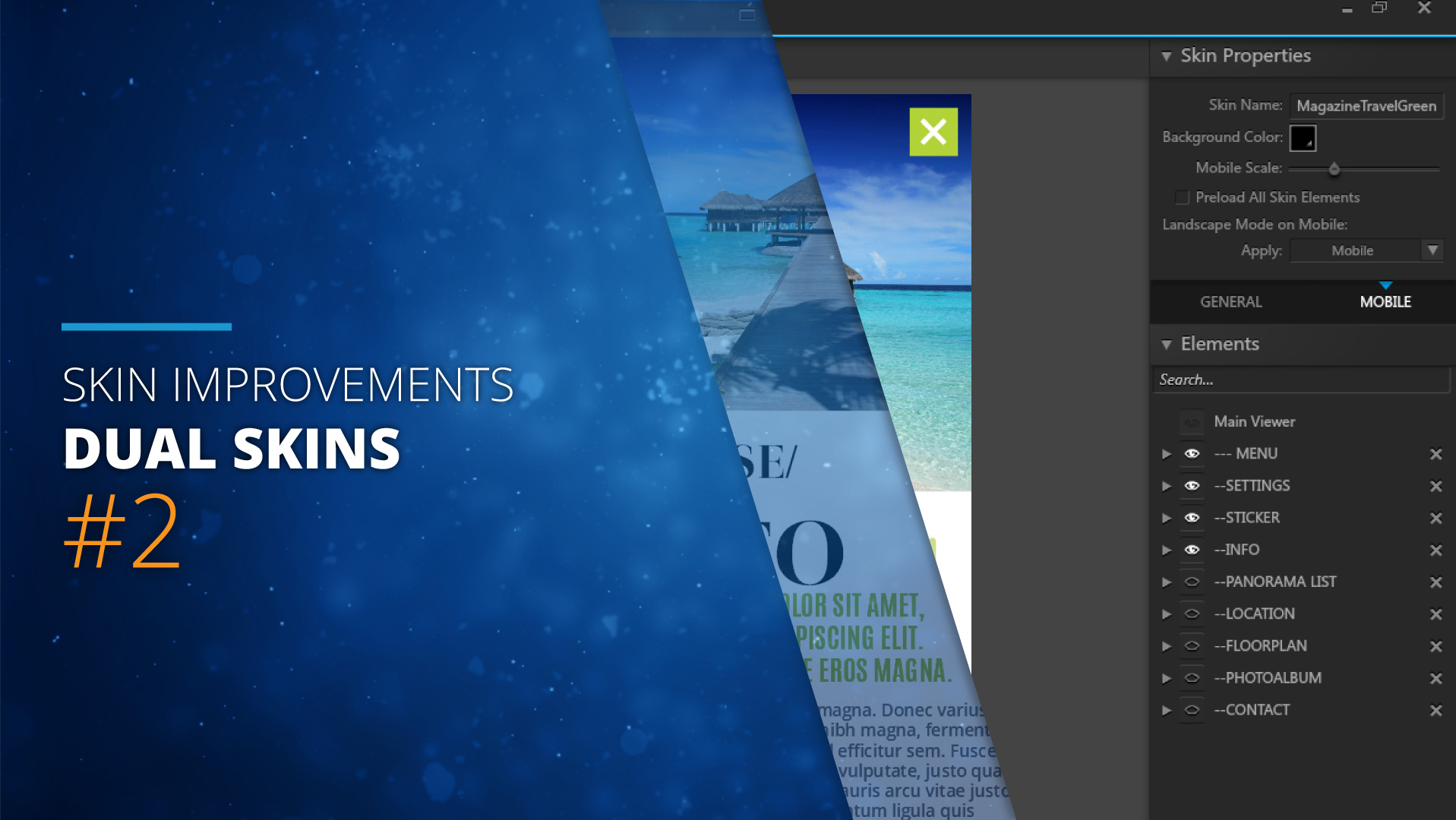 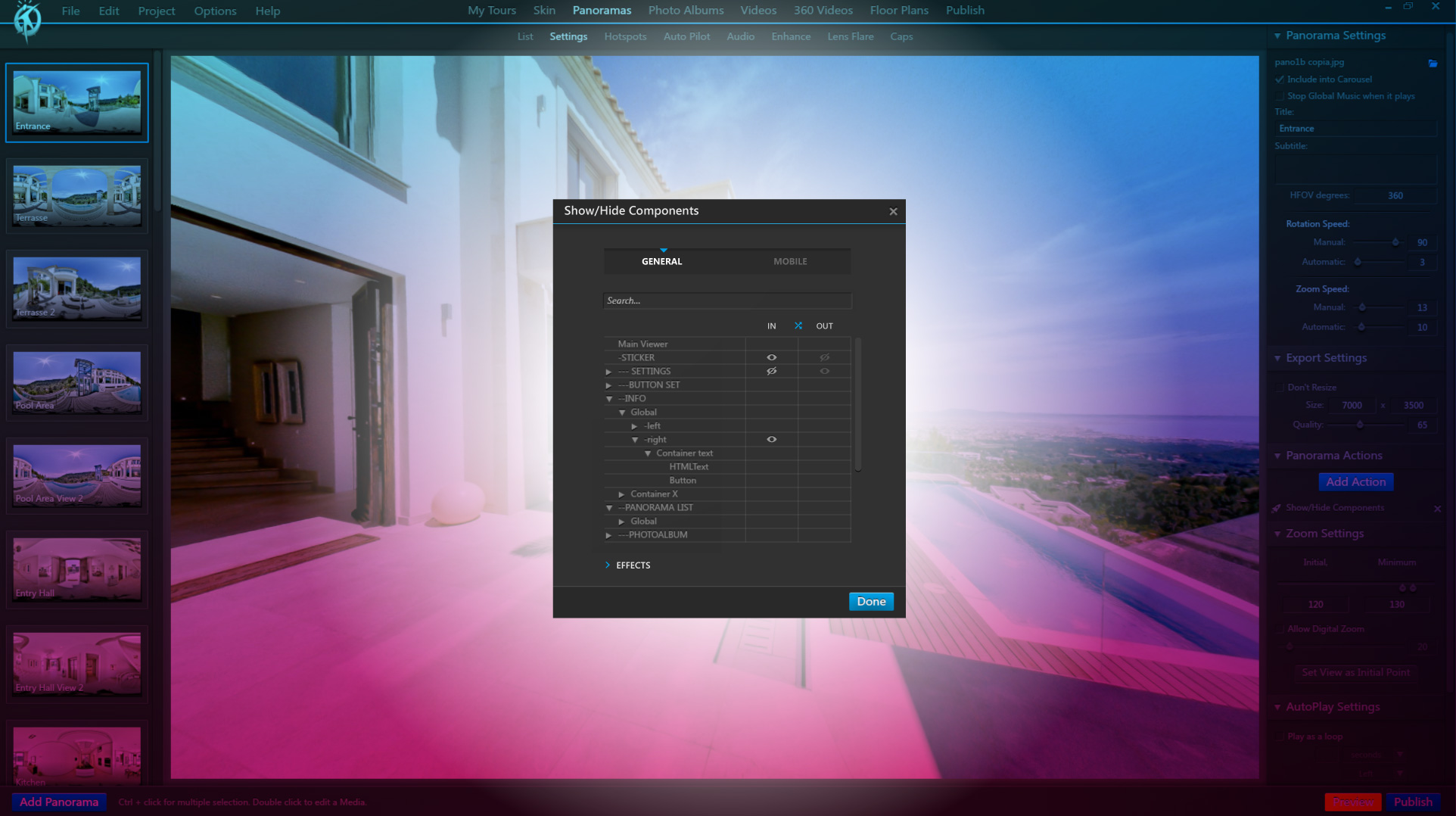 Where did the START tab go? Launching (new) actions when media starts or ends.