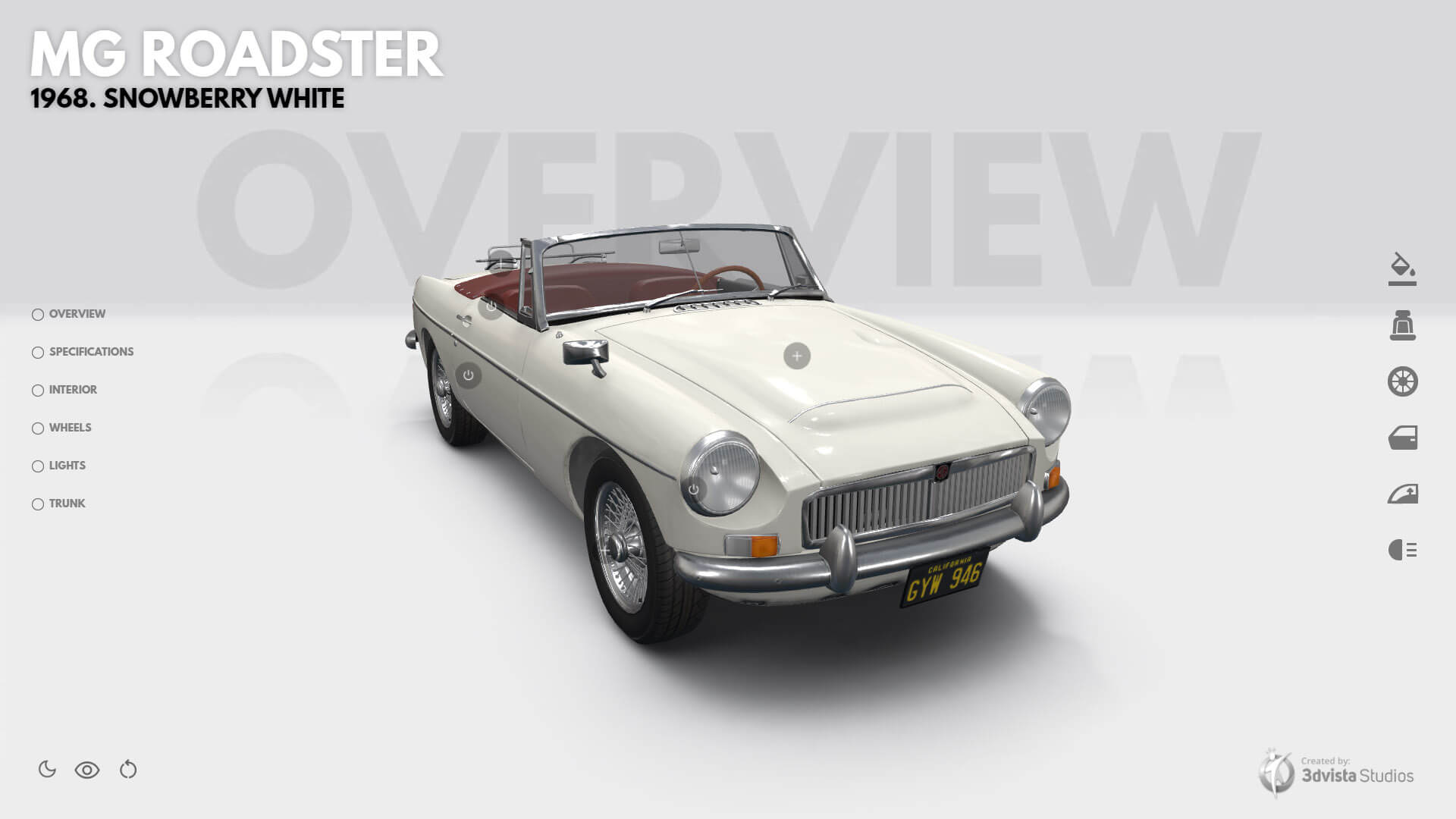 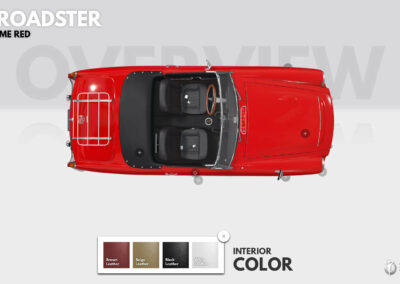 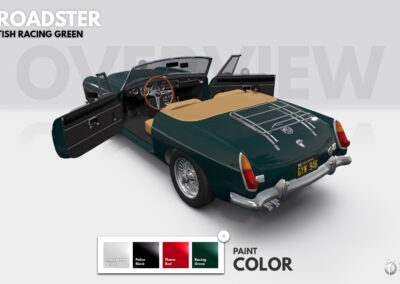 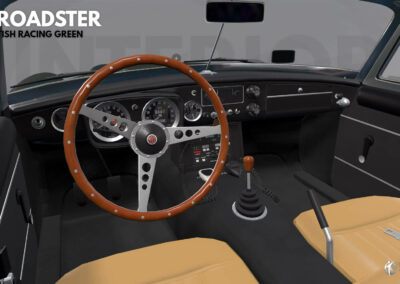 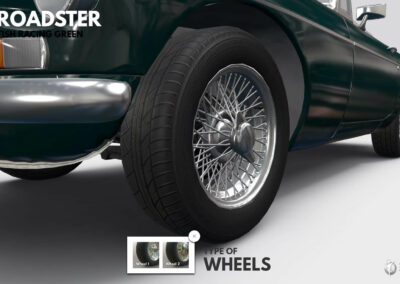 This demo aims to show how you can present a product using a configurable 3D model. For this, we took a classic car and added various customization options.

To see how exactly we have created this demo, watch our Video Tutorial.

The main element, the base of this tour is a 3d model of a classic car, the 1968 MG Roadster, purchased from Sketchfab. We imported the model into the free 3d software Blender, where we created several color variants of the bodyworks and the upholstery, as well as a second set of wheels and the switched-off versions of the headlights. The simple animations of the doors and window panes opening and closing were also generated. Subsequently, we exported the model as .glb format so that we could then import it into VTPro and configure it and create actions that allow visitors of the virtual tour to engage and play with the car.

The result is a demo in which the user can freely interact with the model, specifically with the following options:

So this is a demo that helps us begin to imagine the wide range of possibilities we have when it comes to presenting our products in sales, marketing, PR, rental, etc. Far beyond what is "just" a 3d model, 3DVista gives you all the power and control over how to let your audience view and experience the product, interact with it, customize and configure it. Every day it gets easier to access 3D models, whether paid, free, or generated by yourself almost automatically with mobile apps. Set yourself apart, take them one step further and use them to evoke emotions.

Learn how to do it: 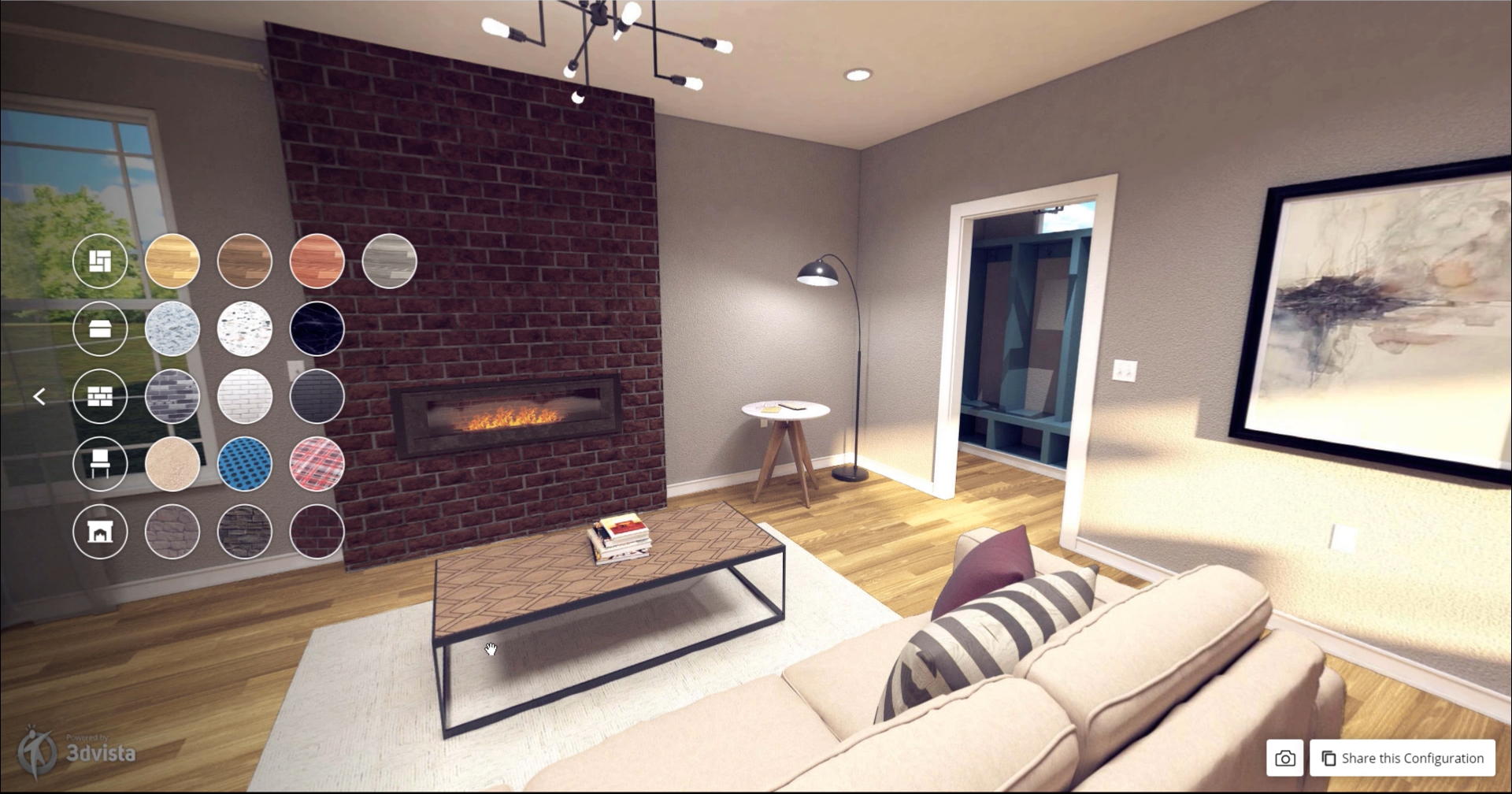